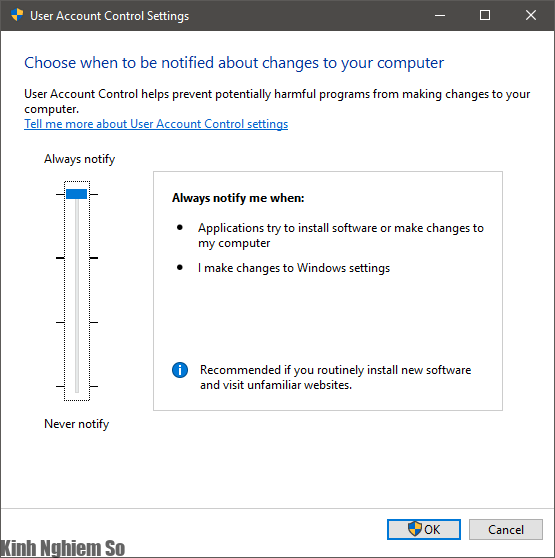 Windows 10 represents three decades of development and as an operating system it’s pretty polished by now. That doesn’t mean, though, that when you boot up a fresh copy of this operating system, it’s perfect in every way.

Windows 10 still needs some tweaking to really offer a good level of security. On top of this, Windows 10 is now also a cloud service, which means that Microsoft now also wants to collect and sell your information.

Unless you do something about it, you’ll be sending oodles of private information to Redmond. Depending on your personal level of comfort, that might be a significant security and privacy issue. Which brings us to our first tip.

Microsoft hasn’t made it easy to disable some of its info-gathering features. There’s plenty to play with in the privacy settings, but most users don’t even know all the different ways that Windows 10 can spy on users or what happens with that information.

The good news is that there is now a whole list of specialized tools that only exist to help you tweak privacy settings in the world’s most widely-used operating system. Most of them are free and also let you tweak things Microsoft may not want you to mess with.

The included antivirus package for Windows 10 is a welcome feature that keeps millions of users who wouldn’t know any better from getting infected with all sorts of nasties. However, if you’d like to take a more active role in your security and would like to catch a wider variety of malware, then a third-party program is your best bet.

There are both free and paid choices. Some tackle everything and others only catch specific types of malware. If you are happy with Windows Defender, but would simply like to supplement it, then something like Malwarebytes is a good choice.

Encrypting your hard drive is one of the best security improvements you can make to a Windows 10 PC. It means that if anyone gets their hands on your hard drive, they’ll have no way to actually view the data because it has been strongly encrypted.

Đáng chú ý:  How to copy photos from iPhone to computer most effectively - 4 Ways

In some cases, your hard drive will be automatically encrypted after installing Windows 10, but if not, you can manually enable BitLocker, Microsoft’s native encryption solution. It’s pretty powerful, but you need a motherboard with a TPM module for it to work. If your computer doesn’t have one, you’ll need to use a USB drive to host the decryption key.

If that doesn’t strike your fancy, then a third-party solution such as VeraCrypt will do the job nicely too. Once encrypted, you’ll be sleeping much better at night.

Push UAC To the Max

Windows UAC or User Account Control is a feature of the operating system that warns you whenever a change is made to your computer. For example, when you try to install a new program, UAC will dim the screen and ask you to OK the installation before it runs the software.

By default, UAC will only bug you when you do something major or when an installed application wants to make a significant change to your PC. However, there is one higher level of security above the default, that will warn you for a wider range of changes. This means you’ll catch hackers and malicious web software that try to hack your machine.

For most people the default setting is just fine, but if you are adventurous, visit all sorts of weird websites and download software to try just for fun, then this is a fast way to protect yourself. All you need to do in order to access the UAC settings is press the Windows Key and search for “UAC”.

Battening Down the Hatches

As it stands today, Windows 10 is an excellent operating system with fantastic security support from Microsoft. However, it’s good to know that you can still control the product you paid for when it comes to how much the developer can poke their nose into your system.

It also never hurts to polish some of the rougher security features against external threats. So here’s to a more secure computing experience for everyone!

How and why to use Bluetooth on your Windows 10 computer

How to install driver, driver updater for Windows

How To Get Microsoft Word For Free

4 things to do immediately when your Facebook is hacked